Joe and I heard about the West Coast Trail about two weeks before our trip to Canada after doing a simple Google search.  We had plans to travel to British Columbia for a week and a half after finishing Creation NW in Seattle.  Knowing we both wanted to do something epic to celebrate the end of another successful summer, we decided to go to Vancouver Island, BC and have some adventures there.  Joe spent a couple hours researching, and soon came upon the West Coast Trail.  As soon as we read about the trail and all of its diversity, we pretty much had it set in our hearts to do it.  We were especially intrigued at the idea of doing a backpacking trip in another country, but also one along a rugged beach and rain forest.  We knew we’d experience so many new things like camping right on the beach, hiking in the sand and exploring tide pools, and learning how to read the tide levels. 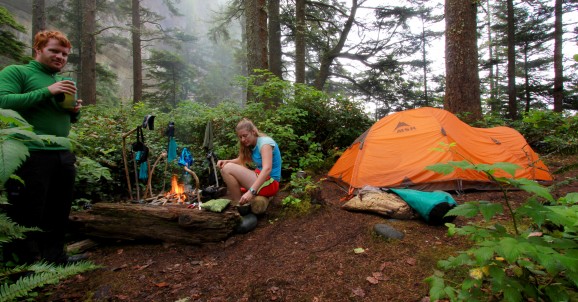 PERMITS – Located in the Pacific Rim National Park Reserve of Canada, the West Coast Trail is world-renowned among backpackers, and is especially popular in July and August because of optimal weather conditions (even though it rained on us at least once every day while we were there!).  Parks Canada does set a limit on how many people can use the trail, so a permit system is used and each day 34 backpackers are allowed on the trail.  You can make reservations for permits starting in April of the same year, but they also have a standby option for walk-ons, which is the route we took since we’d just learned about the trail.  We just simply showed up at the Gordon River trailhead office in Port Renfrew, BC and asked if they had spaces free.

DISTANCE – The West Coast Trail is 75 km (47 miles) in length, and most backpackers hike the entire trail in 6-8 days.  You can begin at the southern most point, the Gordon River trailhead, or the northern most point, the Panchena Bay trailhead, and hike either direction.  The southern half is definitely the most difficult in terms of terrain and hiking.  You can also hike half of the trail by starting at the Nitinat Narrows. 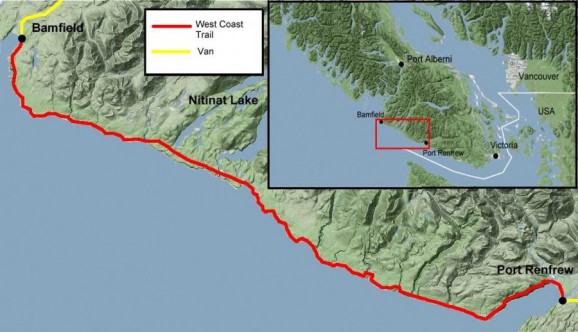 COST – Hiking the trail costs $184/person.  This includes the reservation fee, overnight use fee, and two ferry crossing fees.  This also includes the cost of a potential evacuation, should you need it.  It does seem a bit pricey since most backpacking is free, but trust me, it’s definitely worth every penny and could prove to be a motivation when you don’t feel like going any further 🙂 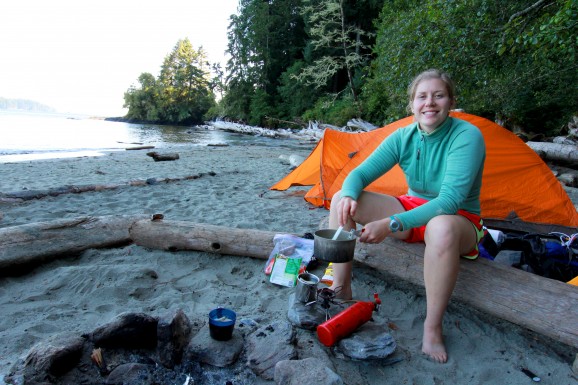 GEAR – Backpacking the West Coast Trail is similar, in terms of gear, to any other multi-day outing, but there are a few things to bring that may be unique to this trail.  First, bring a pair of gaiters if you have them.  You may even want to buy a pair before the trip.  There are many mud holes on the trail that get extremely difficult to pass through without getting dirty.  We decided not to purchase gaiters, mostly because there were none to be found in Port Renfrew or Sooke, and we were okay without them, though they would have saved our pant legs a bit.  Second, bring trekking poles!  I now think this is a must because of my creaky knees, but they are great for keeping your balance and taking the pressure off your knees and ankles.  Third, bring a waterproof cover for your backpack, lots of Ziploc bags, and an extra tarp or tent footprint to act as a roof.  Weather is very unpredictable on the trail and can rain all day.  We had two days on the trail where it never stopped raining.  The last thing you want is to crawl into a wet sleeping bag at night!  Lastly, be prepared to hang your food or store it in one of the bear lockers provided at the designated campsites.  Bears have a great sense of smell and will do almost anything to get some grub!  String is also a great thing to bring to either hang food or set up a clothes line to dry out your clothes.  And don’t forget to bring a water filter!

OUTHOUSES – This trail is pretty unique in that it sees so many visitors every season that the park system has built compostable toilets at each campsite.  When I first heard about this at the mandatory orientation, I was a bit bummed that this trail wouldn’t be as remote as I’d thought, but I must admit that I did enjoy a break from having to dig a 6″ cat hole every time I wanted to take a poop.  Just remember to bring your own TP! 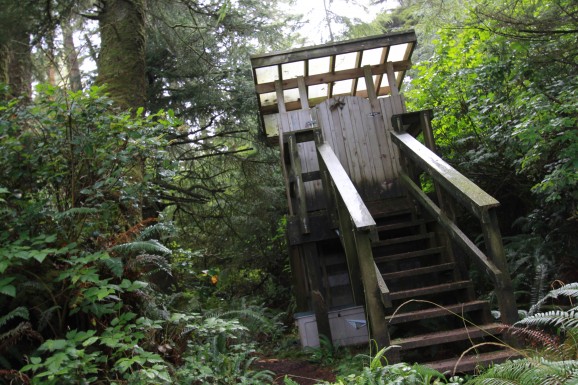 NATIVE INDIANS – We had the opportunity to meet some of the native indians when we passed through an indian reserve along the trail (near the Carmanah Lighthouse).  They have a little shop and restaurant set up, called Chez Monique’s, that sells delicious burgers, snacks, and even Dr. Pepper, something I’d been craving the whole trip.  Burger are about $20 so make sure to pack some cash. The chief of the tribe, Peter, took some time and got to know me and Joe, and we were able to learn about his tribe’s history with Canada.  We were even invited to stay on their beach one night inside of a manmade shelter.  We were so anxious to stay out of the rain for a night, so we gladly said yes. 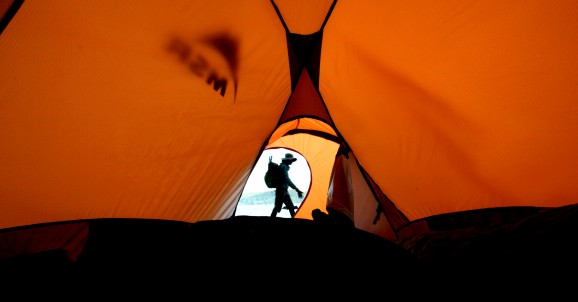 GETTING THEIR – Joe and I took a ferry from Anacortes, WA to Sydney, BC, which took about 2.5 hours.  We made reservations for the 8:25 ferry, and they strongly suggest you be there at 7AM to hold your spot, even with a reservation.  This makes for a pretty early morning, but once you get onto the ferry (you AND your car), you can relax upstairs, grab a bite to eat at the restaurant, or walk outside on deck.  Our ferry fee was about $100, but we were traveling in an oversized van, so I’m guessing a sedan or something smaller would be quite a bit cheaper.

When we arrived in Sydney, we drove to a small town called Sooke and stayed at a cute bed and breakfast for the night called Heron’s Rest ($85-$90 per night).  There are two grocery stores in town to get food for the trip, but no great gear shops that we found.  The B&B was so close to the ocean and the US, that we were able to get Verizon reception.  Score!

The day we left for the trail, we parked our van at the hiker’s parking lot just a mile or so away from the trailhead.  There is a really fun, goofy guy named Evann who gives you a ride over to the trailhead once you park.  He charges $5/day or $30/week to store your car.  Definitely the best option in my opinion, but keep in mind that we started from the Gordon River trailhead in Port Renfrew.  I do NOT know logistics for starting up north in Panchena Bay. 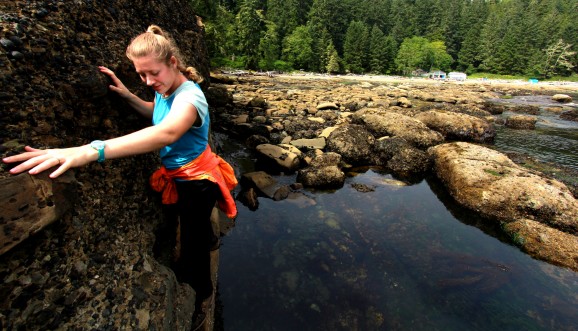 When you finish the trail, you can arrange for a boat taxi to take you to the other end or you can take a bus.  Both arrangements can be made before you start the trail at the trailhead office with the park rangers.  I believe the bus is a cheaper option (although not too cheap at $80/person).

If you have any other questions about the trail or planning your trip, email me at ann@wildlovestory.com.  Thanks for reading! 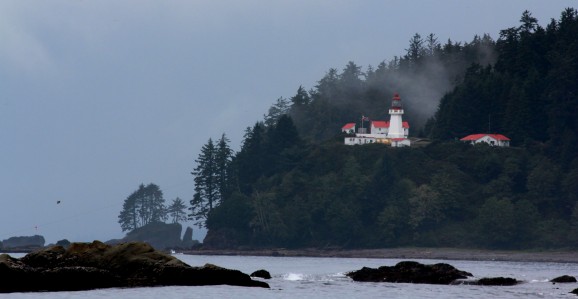