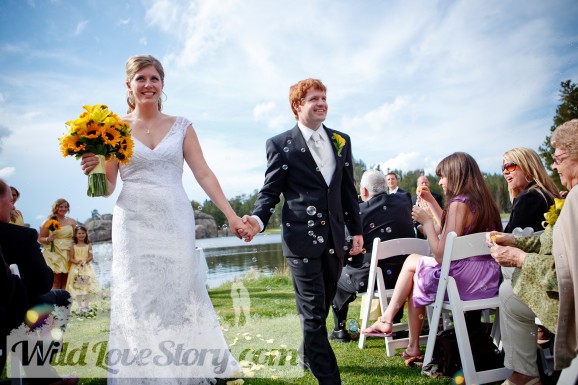 Humility…I sure wish I had more of it.

Whether you are trying to climb huge rock mountains or trying to overcome something in your marriage humility is a quality that you must posses.  Pride kills many mountaineers and destroys a lot of love stories.  My pride has already done quite a bit of damage to my marriage.  King Solomon wrote that a haughty spirit comes right before a fall.  Anyone who has been in way over their head on the sharp end of a rope knows how true that is.  Pride really does lead us to destruction.

Today is Ann’s and my one year wedding anniversary.  I feel like I spent the last year enrolled in humility school and I still don’t have very much of it.  It can be so hard for me sometimes to just admit when I am wrong.  I really am stubborn but fortunately for me God gave me an even more stubborn wife who makes sure I take responsibility whenever I make a decision that is totally self-centered.  Even though it sucks to be humbled again and again I can see why God gave me Ann.  He is using her to reveal to me how much I need Him.  In other words, the Lord lured me in with love and adventure but since day one He has been using Ann to try and make me holy, through a very painful process.  As I look back I can see His work in me; much of it came with great resistance.

Sometimes I post things on Facebook or say the most redonkulous things just to get a rise out of people.  Sometimes it can be good because it gets others a little uncomfortable and makes them think about an issue in a new light.  But other times it’s just about me pointing out how awesome I think I am.  Ann is the world’s best decipherer of the two and she is never afraid to tell me.  Looking back I can’t believe some of the stuff I have said.  Ann wants us to have a successful ministry, and she understands that in order to do that we sometimes have to get someone a little excited the way Jesus did, but her x-ray vision lets her see right through my poser.  And though I hated it at the beginning I am so grateful to have her now.  Now, whenever I am about to write something controversial I show it to her and she lets me know if my fig leaf is showing.

The Bible talks about the importance of being equally yoked together with your wife.  As a kid I thought they were talking about scrambling eggs.  It wasn’t until I went to China when I was 17 that I had any idea what they were talking about.  A yoke is a very heavy piece of wood that connects two cows by the necks.  They take a fat, old, obedient bull and yoke it with a younger, weaker, wild bull. The younger bull fights hoof and horn to go his own way but is no match for the larger bull.  The younger is just dragged around.  Eventually the younger one realizes that life is so much more pleasant when he walks in step with the larger older cow.  This is the best way to train a bull or apparently an arrogant man like me.  God yoked Ann and I together for a reason.  Both of us are the younger bull and the older bull at times.  Both of us sometimes drag the other.  Both of us have pulled the other through the mud.  We are the absolute strongest and most efficient when we agree and work together.  The Bible refers to two Christians as being “equally yoked” since they are both in love with Jesus and value what He values.  I realized this week that whenever I don’t listen to my wife, I am resisting the work that God wants to do in my life and in our ministry.  Tonight I asked God to forgive me for resisting His work so much.  I have a long way still to go on the humility train, and I hope that this next year is not only filled with great stories, but is also a time of great change in the both of us.