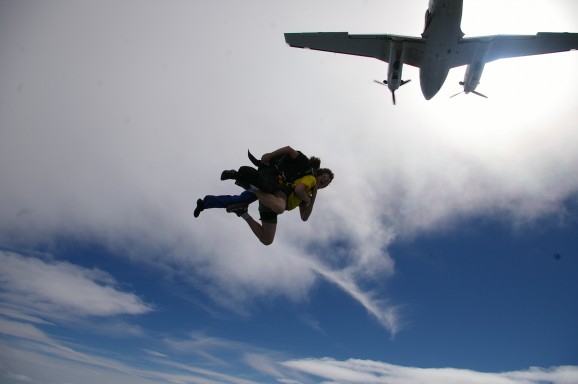 Those that know my wife and I best were blown away several months ago when we told them that we had purchased tandem skydiving tickets for each other for Christmas. “Adventurous”, “thrill seekers”, “risk takers” are not words that people would typically use to describe either of us. From the foods we eat to our finances we are conservative, steady and have even been accused of being boring. At times it is hard to argue with any of those descriptors. So, how did two people in their late 30s with two young kids decide to jump out of an airplane at 14,000 feet?

Enter our friendship with Joe and Ann Baker. It was actually after reading about Joe’s double parachute malfunction that I, Steve, approached Trish to see if she’d be alright with me jumping with Joe sometime. Her response floored me. “Only if I can jump with you!” she said. 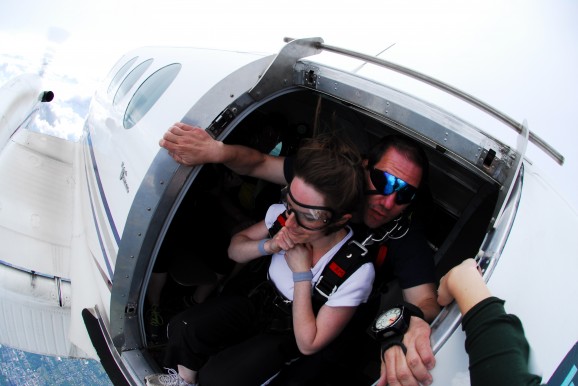 Blue skies and fluffy white clouds filled the sky as we arrived at the airport. Our two sons, both sets of parents, and several others come to watch us jump. Unfortunately, it didn’t work out for us to jump with Joe and Ann, although we were very appreciative that Joe was able to be on the ground with us as we prepared for our jump. 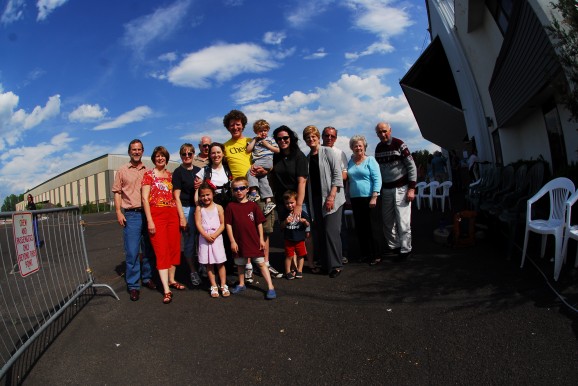 As the plane ascended we enjoyed looking over the beauty of the Pennridge area, where we both grew up. We kept telling ourselves and our videographers that we were “doing GREAT”. Looking back on it, I think I had to say that out loud at the time to try to convince myself to remain calm. The time came to jump. The light turned green and Trish moved towards the door and a moment later was gone. I was not far behind. 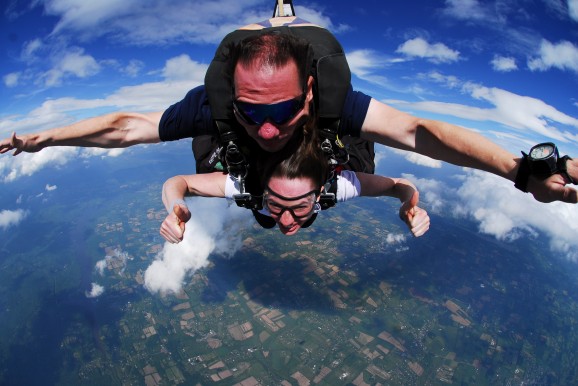 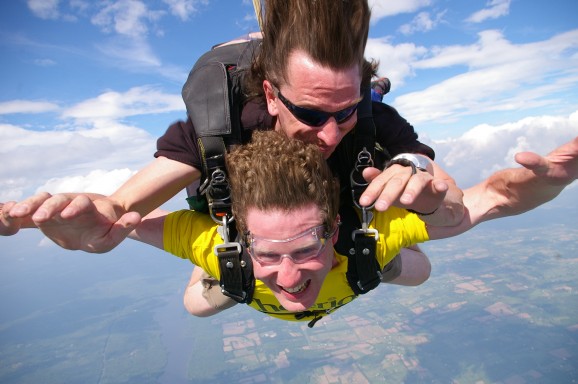 The feeling of freefalling for a full minute was incomparable. People have asked what it was like, but Trish and I really can’t compare it to anything else that we’ve ever experienced. The rush of 100+ MPH wind on your face made it hard to even scream. Once the parachutes opened Trish and her instructor enjoyed a relatively peaceful ride down to earth. My instructor sought permission and added some extra flair to the remainder of the ride with several spins on the descent. (By the end, my stomach had been pushed up to, but not past, its limit.) Both of our landings were smooth and it was great to have the support of family and friends to greet us once we landed. 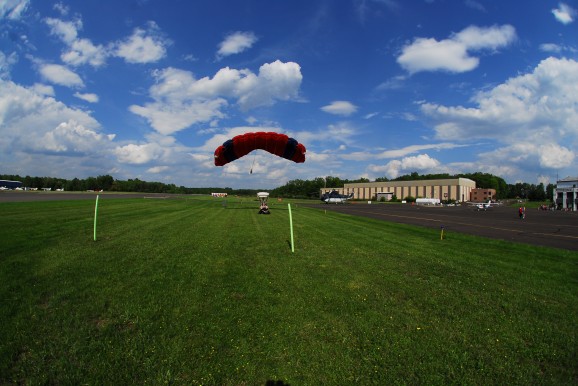 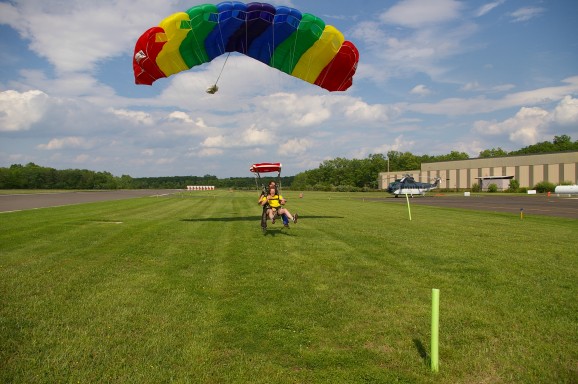 For us, skydiving was about more than just an adrenaline rush.

Would we be willing to go skydiving again? YES!! Our boys have also expressed interest in skydiving when they are old enough. For now they are satisfied practicing jumping off the couch or out of our conservative and very practical minivan.

***A note from Joe and Ann – one of the best places to do a tandem skydive or to learn how to skydive on your own is at Skydive Philadelphia.  Check them out!