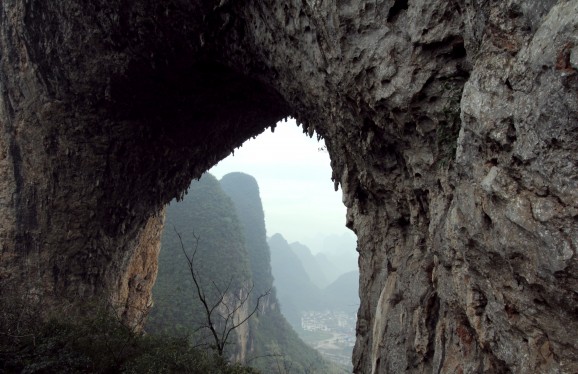 Last week Ann and I took a bamboo raft down the Yulong River.  It was a spectacular, scenic, and relaxing time with just the two us and our guide slowly floating down the meandering river.  It gave us some time to talk and shoot a few pictures.  When we reached the bottom of the river we met up with our friend Ami who had been helping us get around.  We waved down a motorized rickshaw and Ami translated our destination to the driver.  We were after Moon Hill, an incredible natural arch that has been claimed by some of the world’s best rock climbers. 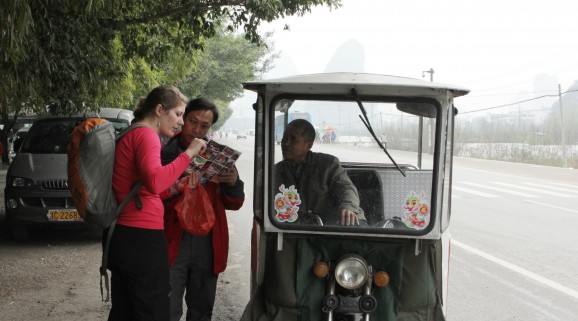 The driver told us that we could either pay 60 yuan to go in the front gate of Moon Hill Park or his wife would guide us up to the arch for just 15 yuan.  The next thing we knew we were hiking on a tiny trail through the woods following this man’s wife.  She had a little drink cooler under her arm.  The trail eventually popped out onto some steps and we started quickly climbing.  At that point we paid our guide.  She wanted us to buy one of her drinks.  I wanted one but didn’t want to spend the money, so I turned her down.  But she said, (translated through Ami, of course) “You’re going to want one when you get up there so I will keep going with you.”  There were about a million more stairs and she was right, about two thirds of the way up I was tired and very thirsty.  Finally we caved in and each bought ourselves a cold drink.  But to our surprise she continued to climb to the arch with us.  She liked getting to know us through Ami. 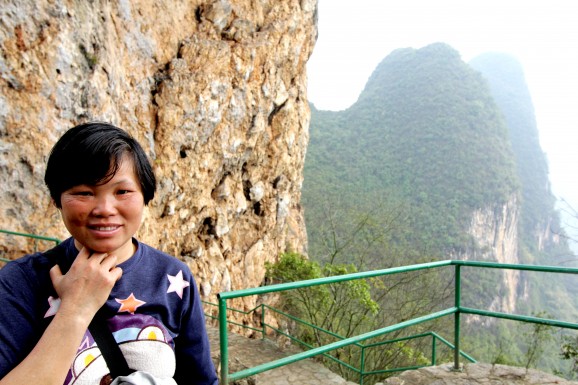 The arch was amazing.  We thoroughly enjoyed checking it out and getting some pictures.  If it hadn’t rained so hard that morning I would have been really upset that we didn’t have our harnesses and hardware.  Ann and I went off on a little hike by ourselves to snap a few shots and when we got back the woman was right there still patiently waiting with Ami.  The next thing I knew she was inviting us to dinner.  She cooks for Westerners and runs a little restaurant out of her house.  So what else could we say?  Of course we will go to dinner!  Her face lit up. 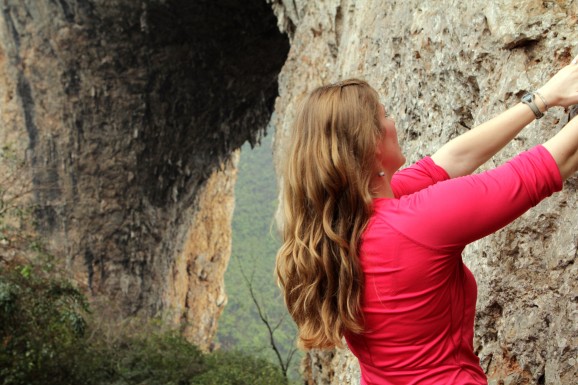 When we got back to the bottom of the path her husband was still waiting in his little homemade taxi. He drove us to his cement two story house and we sat down in chairs in the living room.  They were so proud of their house.  Their only piece of furniture held up their television set.  The back of the living room had two doors that opened up to their orange orchard and a beautiful view of Moon Hill. While they were killing the chicken Ann and I went out and picked an orange right off the tree and ate it.  That’s as fresh as it gets.  Ann and I agreed that dinner was one of the best meals we have had so far. 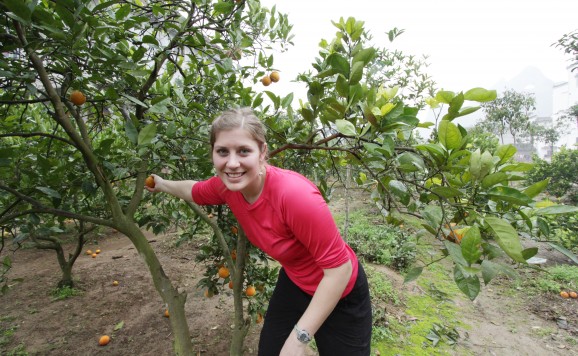 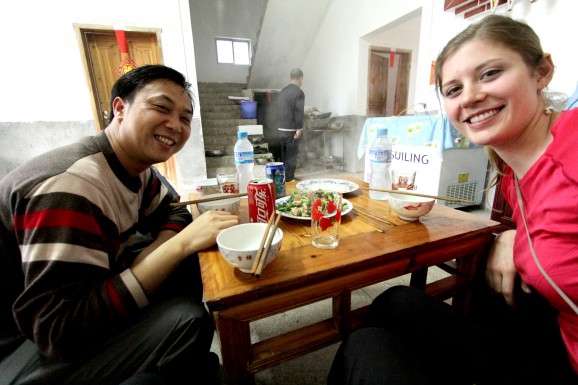 The man and his wife were young, ambitious entrepreneurs.  They owned a taxi service and a tourism guiding service, they were drink vendors, and ran a restaurant out of their home.  They worked hard together to bring in enough money to pay for their two children.  They worked hard for our services. They offered us whatever we needed and at the end of the night they were so grateful for our business.  10 miles of rickshaw driving, a guided trip, cold refreshing drinks, and the best dinner of our trip all came to under 25 US dollars.  Wow.  We left blessed by them and they felt blessed by us. 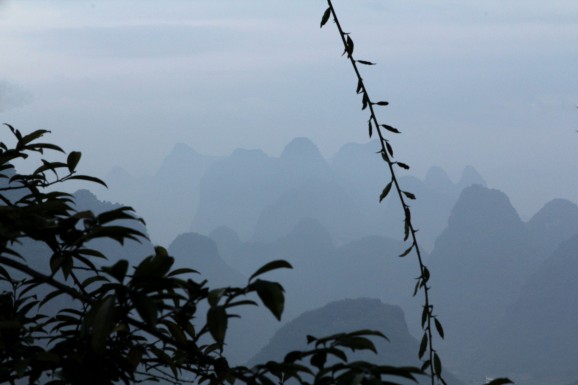 This woman and her husband work very well together and are incredibly proud of what they have. They were a team the entire time.  Ann and I sometimes work well as a team and sometimes we don’t.  We definitely have a lot of room for improvement.  Seeing this young married couple work together was an inspiration to me.  I hope to be as efficient someday.  And I hope to live in somewhere as beautiful.