Out of my Comfort Zone

So many adventures come to mind when I think about the time I’ve spent with the Bakers. I have often had the privilege of being a part of their Wild Love Story. The first time I ever really spent a good amount of time with Joe was in 2007 when Ann and I were moving to Yosemite National Park. Ann had somehow convinced me to move across the country and live in a tent with her for the summer, and Joe tagged along as our tour guide for the first two weeks. Ann and I picked up Joe in Denver on our first leg of the 24 hour journey. Ann hadn’t seen Joe in at least three (3) months so you can only imagine the amount of “schmoopy” talk I listened to for the next 18 hours of driving. Since I didn’t know Joe that well, I thought I’d grill him a bit and decide if he really “made the cut” for my pal, Ann. Needless to say, he passed the test with flying colors! I think Joe had that same agenda in mind and started questioning me about my faith, my vision for my life, and where God was leading me in the near future. I remember hesitating after each question. Even though I was raised in a Christian home, I’d never been asked big questions before and certainly would never share these thoughts that now crossed my mind. I knew God had a great plan for my life, but never really added my own wants into the equation. Eventually, he and Ann faded off to naptime in the backseat, this gave me time to contemplate the prior drill session while driving through the vast red openness of Utah. It was an eye-opener of a lifetime. Here I was, driving away from everything that I deemed “safe” and by that, I mean familiar. Being the planner that I am, living out of a car without an agenda wasn‘t exactly my cup of tea. To this day, I am thankful for the time that we spent “on the fly.” I can say I was definitely out of my comfort zone, emotionally, trusting that it was all part of a far bigger plan. 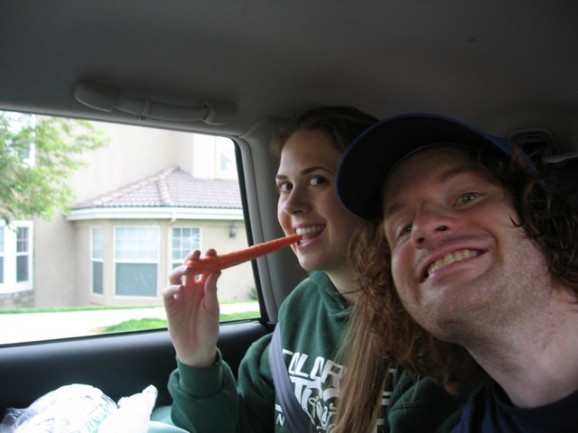 Upon arrival in Yosemite, it was decided that I would accompany them to the top of Yosemite Falls for their attempt at Lost Arrow Spire. With roughly 35% of our body weight strapped to our backs, so the trek began. Looking back, I realize that I was mainly along to fill the role of Sherpa, still I treasure this memory. An overview of the trail: 135+ switchbacks. 7.6 miles roundtrip. ~2,600 ft elevation gain. As we trudged up the side of the valley wall, I couldn’t recall anything prior to that day being so strenuous. The edge of my physical comfort zone was near. The next 24 hours were spent atop the Falls stargazing and photographing while Joe and Ann bagged the Spire. 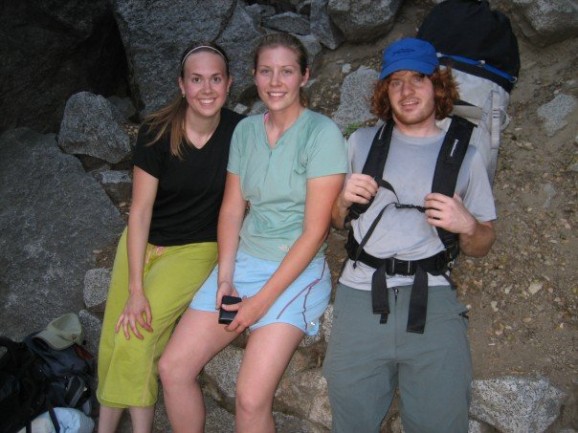 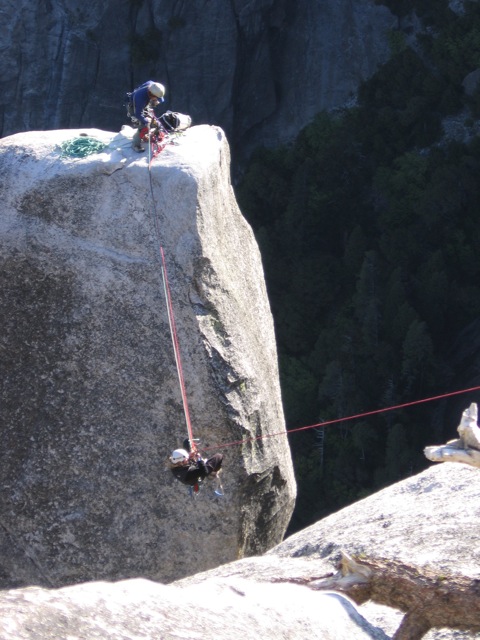 Just days later, the adventuresome duo pushed me through the fearful tears that went with my first climbing venture. “Maybe I should have tried this in South Dakota first?” I begged. (Ann was such an encouragement!) After much prayer, I made it to the top of “Munginella,” a route near Yosemite Falls that was rewarded with of a breathtaking view of Yosemite Valley beneath me. 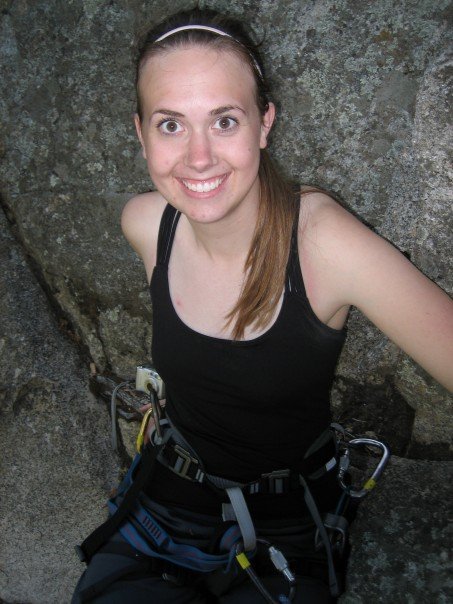 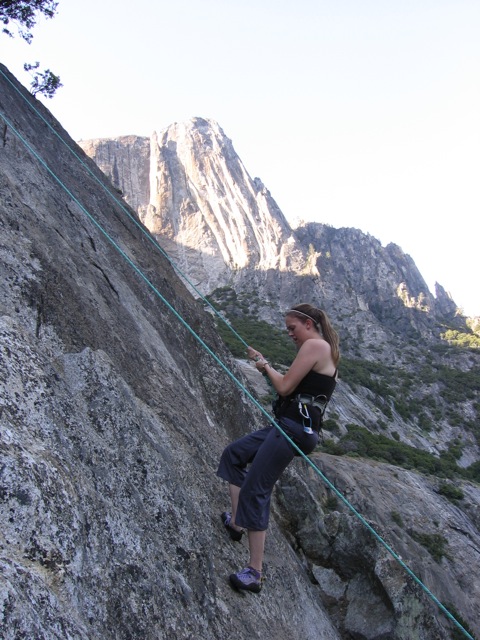 Together we backpacked mad amounts of gear into the backcountry of Wyoming’s Wind River Wilderness Range later that summer. On this adventure, of course Joe wouldn’t want to take the long (easy) way into the Cirque of the Towers. Nope, a massive boulder field with 20 foot crevasses loomed ahead. “Com’on Hal- it’s a shortcut!” beamed Joe. I obviously lived to tell you this story, but while I carefully clamored from rock to rock with my 60 pound pack on, I didn’t have much faith that I’d live to see daylight. Once in the Cirque, we enjoyed six blissful days of exploration by hiking, climbing, and photographing amidst rugged yet beautiful scenery. That summer I learned that trust and friendship can only be built upon a sturdy foundation. These few accounts are merely building blocks of the larger foundation on which our friendship now stands. 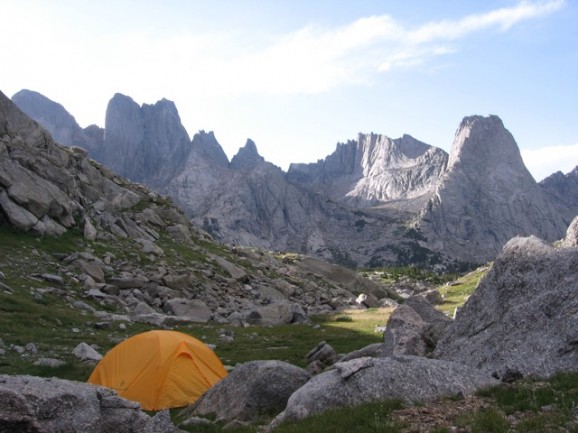 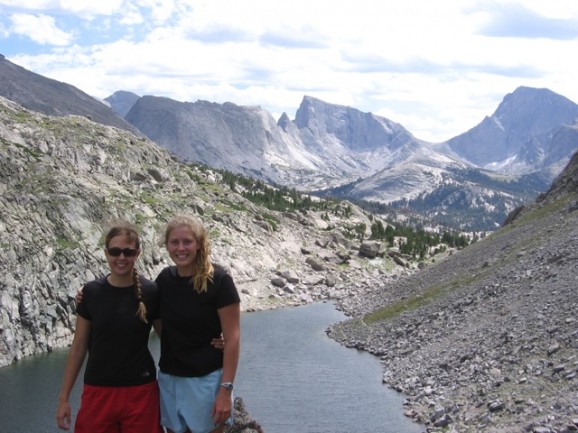 Four years later, countless more memories with this twosome each was always followed with, “Well, was it worth it?” Thinking back, I can’t say there was ever a time when it wasn’t. With each unplanned peril I thought I was in, I found the pure joy that ensued. My beloved comfort zone still exists but has been minimized significantly since that first trip.

Joe and Ann, you both have such a sweet desire for God and adventure. I love tying the two together whenever I’m with you. I know that our future experiences together can only yield more happiness in the saga to come! Next up: skydiving! 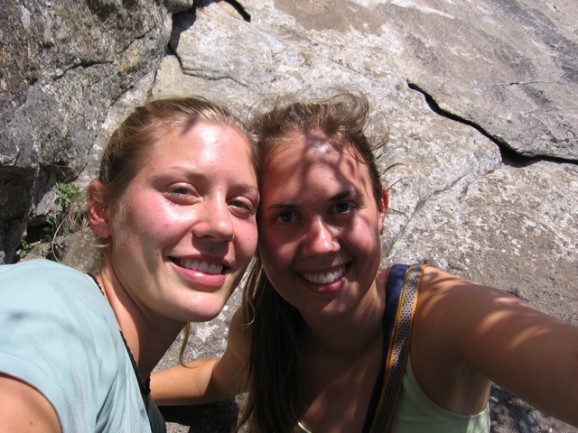