Joe fought for my heart; a military rifle was the perfect gift. 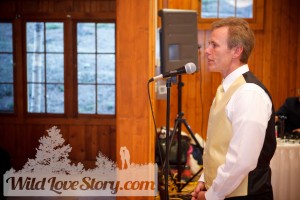 Two months ago I had the privilege of being the best man for my friend Joe Baker. Joe and I have been friends since we first met in the fall of 2003. Our meeting and the friendship that developed was orchestrated by God. Through the eight years that followed, God used Joe and three other men to awaken my heart, or I could say rescued my heart from the bondage that had accrued through life. At the reception I asked the three other men to share a gift to Joe to say thank you for his role in our lives. It was a unique gift for an extraordinary man. It was as receptions go a very unusual gift. We presented Joe with a military rifle. Because of its bold status and a high public concern these days I asked permission from the bride and the reception hall. Yet with all the planning the presentation caused quite the stir from a few guests. Many, I believe misunderstood our intentions. Some guests left early. Some felt compelled to turn the evening into a gossip debate about Joe’s character and who were these men giving Joe a gun? What should have been an evening filled with a spirit of celebration turned into a night of controversy for a handful of folks out on the porch. I would like to take this opportunity to express my heart and why I chose to give Joe a rifle at his reception.

At age 43 when Joe and I met, I was in my second marriage and struggling to understand who I am and what was my role in life. It is a commonly shared search by many people. However, I was a Christian for 25 years. A man who believed that God sent His son Jesus to redeem my soul and let me spend eternity with the Trinity. Shouldn’t I have the answer to those questions? You would think that after 25 years of being in relationship with the God that created me I would understand. Yet, I was lost. The best way to describe being “lost” is that my heart (the core of my being) was injured by a series of blows throughout life. It was in a prison built over time. I was a hollow man who lived out of efficiency, detached from life…and God. I could understand Jesus’ words speaking to the Pharisees when He told them… “that their hearts were far from him.” (Matthew 15:8) Mine was as well. I just did not know it. And I am expected to “love God with all my heart.” (Deut. 6:5) It was hard enough for me to love my own life and family!

God knew I needed to get it back. Taken off guard in order to circumvent my hardened lost heart, God sends Joe into my life who invites me on a journey…to rediscover my heart! 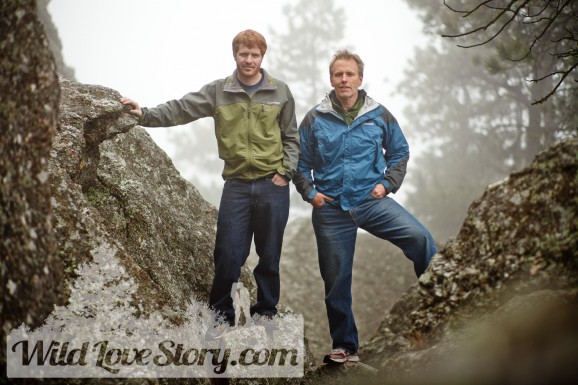 An epic journey it was, eight years of meeting together with four other men weekly going through a message called, Wild at Heart, by John Eldridge. Joe with the help of the Holy Spirit guided us through the process whereby we rediscovered our masculine hearts; ones that are not defined by our family, the culture or the world but by a God who redeemed us to live as His image bearers on earth. Men who are restored from the inside out. We were a group of men that fought for one another’s hearts. To reclaim for Jesus those areas of our heart that were lost or broken throughout life. Jesus’ opening words that began his public career were, “I have come to heal the brokenhearted and set the captives free.”(Luke 4:18 NLT) Healing and freedom! We get many glimpses of that freedom from all the lives that Jesus touched; the blind, the lame, the demon possessed. In the same way the friends of the crippled man tore off the roof to get to Jesus, Joe and my “Band of Brothers battled for me to so that Jesus could heal this lost and wandering soul. The freedom is extraordinary! 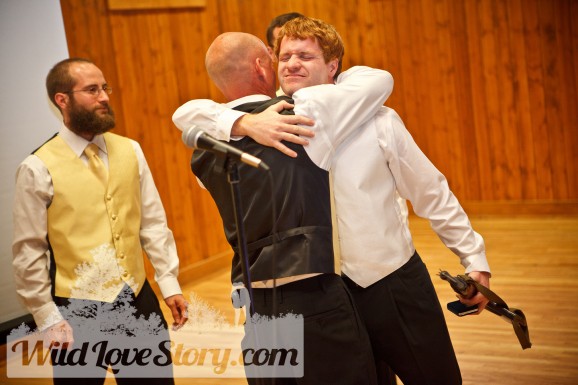 In the military there are platoons, groups of men that are fighting for freedom through the support of each other. It cannot be fought alone. Our battle in the spiritual world required a group of likeminded men. Tom, Pete Mark M and Joe are my comrades. Joe was our leader. I wanted to honor Joe in the presence of his family and friends for the role he played in my life. With that in my heart I was inspired by God to give something that symbolized fighting well for others. I knew that when I saw a historic World War II rifle that liberated many people in Europe. I chose to give Joe a M1 Carbine with the engraving Nehemiah 4:14. Reminding the beaten down discouraged Israelites, who were returning from captivity, this great prophet of God said to them, “Remember the Lord, who is great and awesome, and fight for your brothers…” Joe did. Now I am free.

The Best Man’s words about the Bride: 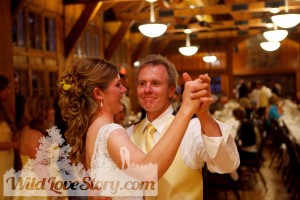 Ann is a lady who always treated me with respect and dignity. I admire her character which is full of patience and understanding. My family adores her and she treats them like her own family. As brides go, she was everything and more. In scripture “bride” is used as a metaphor for the stature that God gives his beloved saints who will be united with King Jesus, the groom, upon his return. As the “bride” we are held up in high esteem; his beloved, pursued, adorned, cherished and loved. Ann the bride was that picture, a reflection of the radience that God sees in us. She captured us with her stunning beauty and poise. Her tear filled eyes and smile spoke to me of the hope that we will someday celebrate. There is no gift or presentation that can overshadow the value Ann gave to us that day.