Hernando Cortez landed in Mexico on the shores of the Yucatan in 1519. He had only one objective, his commitment in life, to find the legendary city of Gold and capture and seize the great treasures of the Aztec Indians.

Cortez was a firm believer in the philosophy of “All or Nothing” without an option for failure. He made up his mind when he landed that he would conquer his fears, and be a hero to the Spanish King. Explorers before him had already tried, failed, and returned to Spain shrouded in shame. Cortez refused to accept such an option.

As soon as the boats were unloaded on the beaches of the new world Cortez did something that no explorer had ever done before. He gave his men a motivating speech that would empower them to battle the notorious Aztecs. His speech was comprised of just three words: “Burn the ships!” 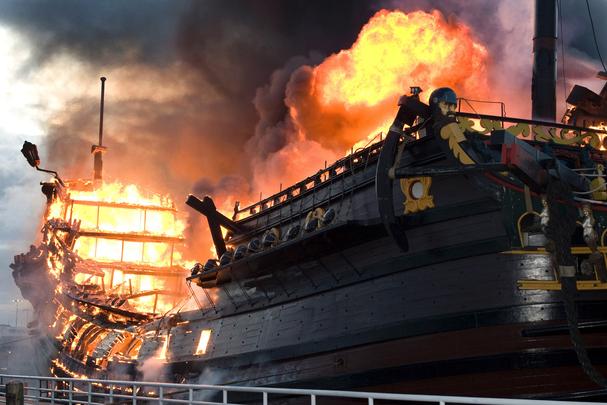 As the men pushed their burning boats into the ocean it was obvious that if any of them were ever going home, they would be traveling in Aztec ships. This dramatically raised both the stakes of the expedition and the commitment level of his men. Cortez realized that the task ahead of his men seemed impossible and therefore required them to abandon any hope of retreat.

Cortez and his men conquered the Aztec Empire, an act that required great risk and sacrifice. Though they never found the golden city of Eldorado, their incredible victory brought the spoils of conquest, the Aztec treasures back to Spain. 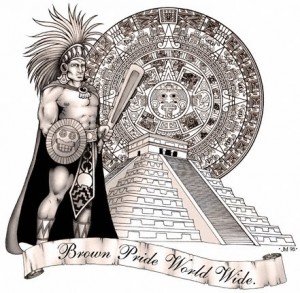 Why were these men able to do what larger expeditions before them could not? They had no escape or place to go. There was no plan B. There was no fall back position for them to surrender to. There was no choice! It was “succeed or die”. The plume of smoke rising above their ships motivated them to success.

The world has changed a lot since Cortez became the legend that he is. However, the principles of his excursion still echo today. There will always be folks who worship the idol of security, bow to the god of comfort, and run to hide from every fear. I recommend not looking for gold with these kind of people. In every area of our lives we will not be able to have the life that we want without great risk and great sacrifice. The Bible shows us the same principle again and again. Shadrach, Meshack, and Abednego had no contingency strategy as they were bound and thrown into the fiery furnace, Daniel had no second option in the lions den, David had no fall back plan in front of Goliath, and Jesus had no plan B at the cross.

I want to approach my marriage like Hernando Cortez approached his conquest. As soon as Ann and say “I do” I want to burn the ships that got us there. I don’t want a plan B! We don’t need a contingency plan. I don’t even want the option. For Ann and I it’s either victory or death!

Ann and I can fight about as hard as we play and all of you can see from our facebook that we play pretty hard. I mean sometimes we can’t even stand to be with each other and yet we are getting married! Every marriage that I have ever known has its share of dirt, some of it is unspeakable; it’s hard to believe that anyone can remain married. I’m sure that Ann and I will have our struggle and our own box of dirt or dump truck of dirt rather.

A thriving, loving, passionate, romantic marriage is as hard to find as a new world in the 1500s. And I imagine that obtaining a great marriage for myself will be comparable only to proverbially bush waking through South America, killing cannibalistic Aztec Indians while trying to loot their golden city.

I know that sounds outrageous but look around for yourself. How many marriages of ten years or more would you want to be in? What did you dream of as a boy or girl compared to what you see? At best the church’s ideal married Sunday school teachers seemed so darn boring to me as a child. The average “good marriage” seems so lame. How many marriages can you think of that are moving and shaking the world? Not many. Most marriages are miserable godless unions and that’s why more than 50% of them end. However, the church often presents a picture of marriage that I don’t want either. I don’t want to be lame! If the most meaningful part of my marriage is a weekly date night with my spouse than I would prefer to be single and live in Yosemite for the rest of my life. I want my marriage to shake the very gates of hell! I want my marriage to build a kingdom, take dominion, and bring hope and redemption to others. I want God to use our marriage to bring life to the world. I want adventure, I crave it, and and am appalled by anything less. God made our souls for romance not duty. The kind of a marriage that I long for is rare but is not a random event. I only know of a few of them. Every marriage is an absolutely insanely difficult union that is under direct Satanic assault from the get go. There is no marriage that comes easy, they all seem to suck for a good portion of it. Great marriages are rare events. However, I have noticed that they all have a few things in common. One of those things is that as soon as they landed they burned their ships.

Recently one of my best friends – Pete and his wife Jen – heard God calling them to Ecuador to be missionaries. There are about a million reasons why they should not go, however, it has been amazing to see God transforming them as they set off for the sunset with the dark mushroom of smoke behind them. Either the two of them are going to end up with a 5 star marriage or they are going to kill one another in a third world country. They are creating a life where they will need each other and they will need God to survive. Their wild love story is exciting, inspiring, and encouraging to me because I will be wed in under three months and don’t want to end up in a comfortable sofa watching Jeopardy and being friends with my mate for fifty years. I want our lives to matter. I want to be and want to have a passionate wild lover in large epic love story. Though metaphorically burning our ships does not guarantee us success it does give us larger probability of getting there.

I think these statistics make it clear that if divorce is an option your likely hood of abandoning the mission goes way up. If you destroy all options of retreat you will either succeed or die. Incurring Aztec treasure or obtaining a rocking marriage is apparently not for the weak or the timid. I admit that marriage scares the hell out of me. However, if I go into it without a plan B I like Cortez, have a small but worthy chance of coming out alive with some Aztec treasure. 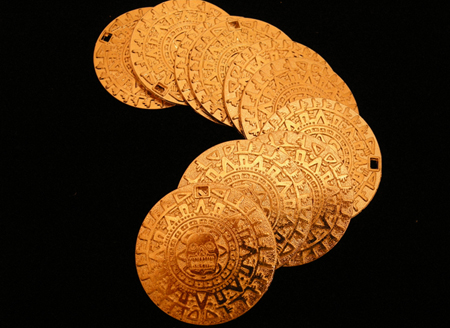