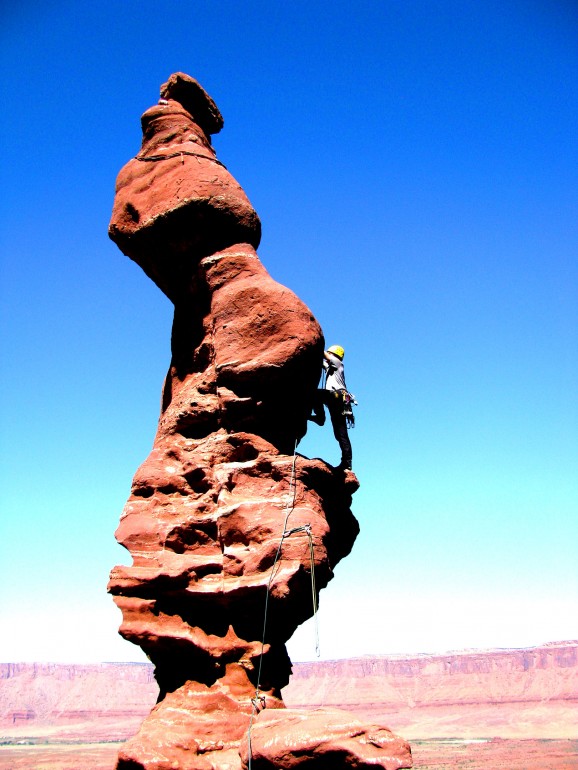 “Watch me here!” I yelled.  The moves were hard, and the desert sun left me soaked in sweat that kept bleeding sunscreen into my eyes.  I was uncomfortably stemming across the two walls of the chimney.  I tried to spit the dirt out of my mouth but I could still feel the grains of sand between my teeth.  My hand hold shed off bits of sand as I power gripped it and looked for the right size camelot on my rack.  “You can do it, honey.”  I heard Ann say from below.  I found the cam, grabbed it, and punched it into a groove.  I let out a breath and then carefully reached down for my rope.  As I did so I noticed that my right knee was doing a little dance on me.  Even though I was scared I moved delicately slow; one wrong move and I’d be taking a twenty five foot bounce down the chimney that I spent the last 20 minutes grumbling my way up.  “Clipped!”  I exhaled as the rope fell into the carabiner.  It all got way better from there.

Though gritty the top out on Ancient Art made the rest of the climb so worth it.  I would have named it Dr. Seuss Tower myself.  Once you get out of the chimney, the top out is spectacular.  The climb actually comes to a point no larger than a dinner plate about six hundred feet up.  Only one person can summit at a time.  After bagging this route Ann and I gave each other a huge high five and drove to Moab and bought strawberry bannana smoothies! 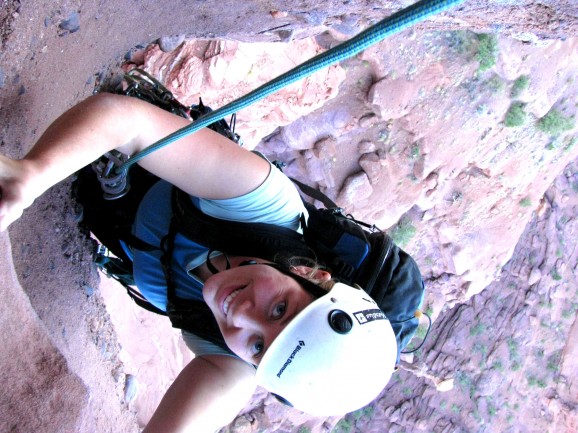 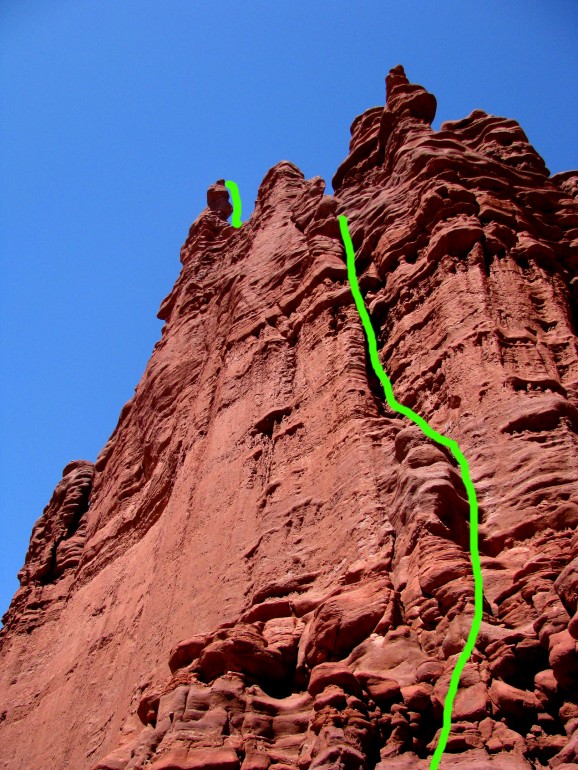 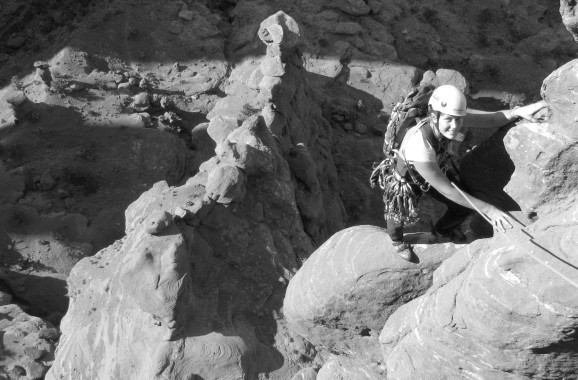 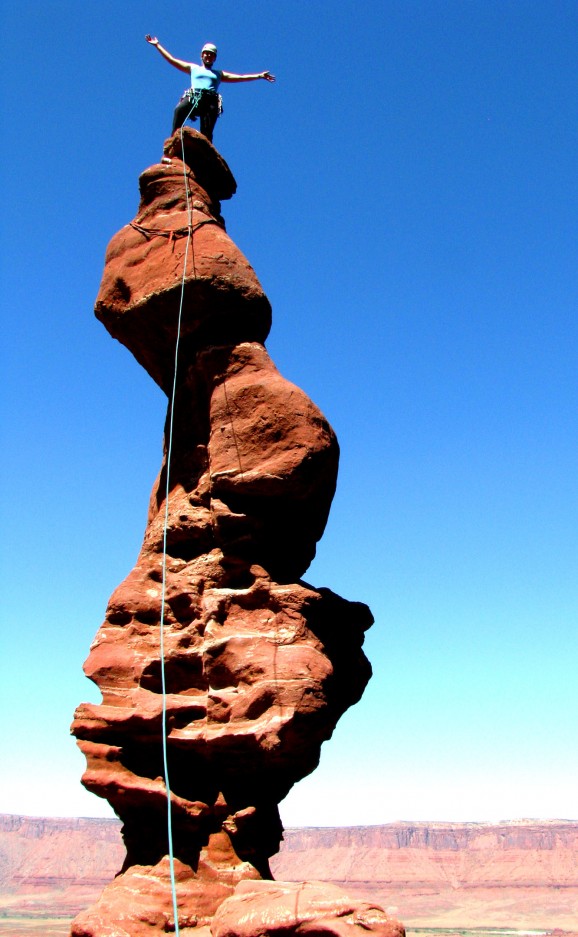 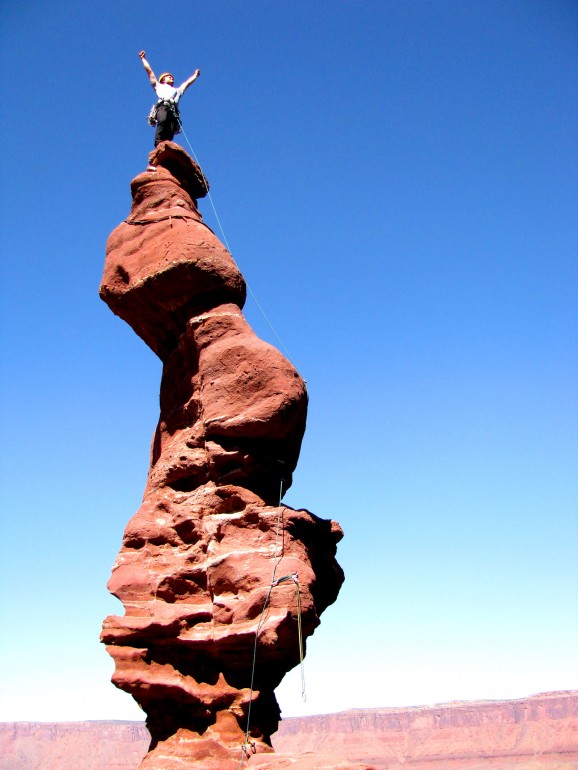