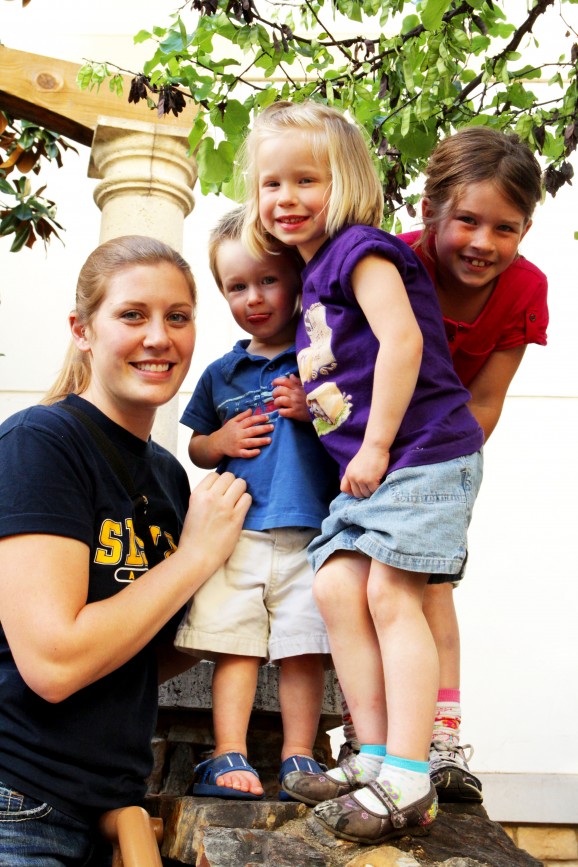 It worked out perfectly that Ann and I were in Texas this last week at the same time that my brother, wife, and kids were.  We jumped at the opportunity to get a day with Ida, Ana, and Emmett.  What a blast it was climbing around with them, exploring, and getting a little wet while making wishes on pennies at the fountain. 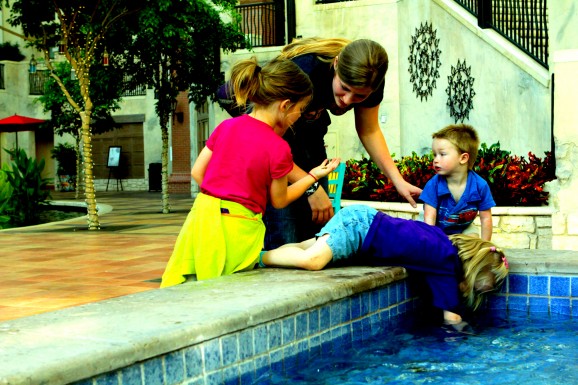 Being with them gets me really excited to have kids of our own someday.  Each of them is so unique and special.  Allow me to describe them.  Ida’s highest motivation has been to get her chores done so that she can donate to Save The Storks.  She came up with that on her own.  She is one wild young seven year old who has her own four wheeler and a few miles of trails in her backyard.  She is a great climber and will get up on top of anything if you let her.  Ana is by far the cutest and the most rambunctious thing that you have ever seen.  She tries to go wherever her sister goes and wants to climb on everything her sister climbs on even though she’s only three.  She’s the one that you have to pay the closest attention to because she will run away and just keep running till she’s lost.  Ana has a hard time saying anything with an S sound in it.  She keeps us laughing all day long with the cute things she says.  Unfortunately, she stepped on a fire ant hill and got her feet bit up shortly before her parents handed her off to us.  Emmett is the easiest two year old that I have ever met.  He is pretty much always happy.  He smiles a lot and loves playing with his two older sisters.  He is just starting to talk so we covet every word.  He is definitely all boy and is incredibly strong for his young age. 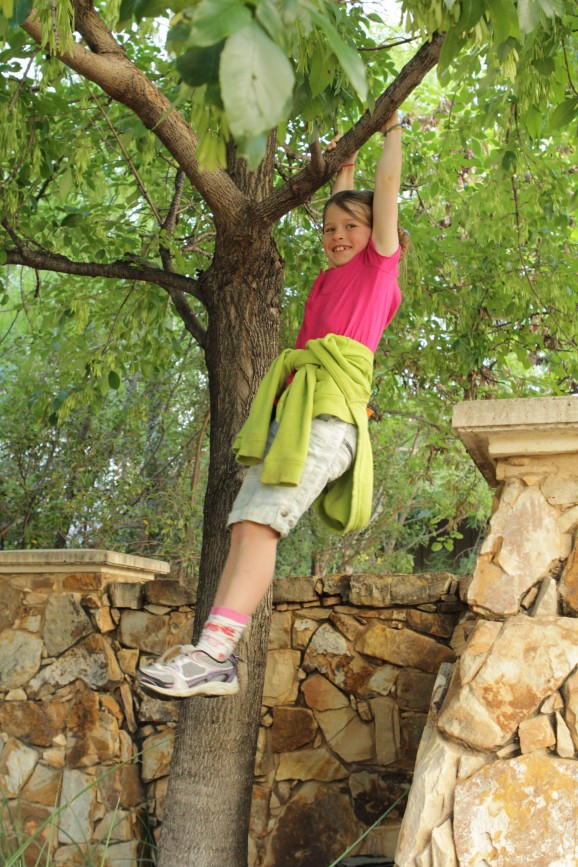 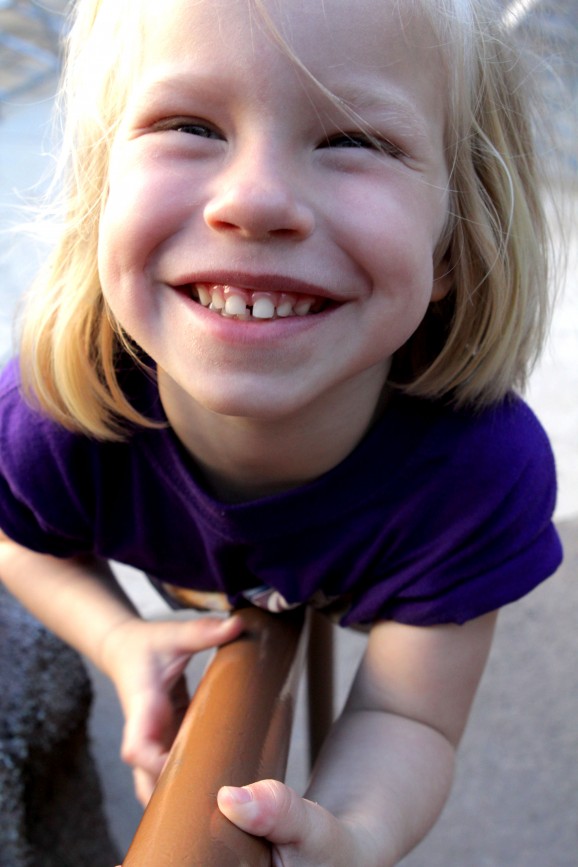 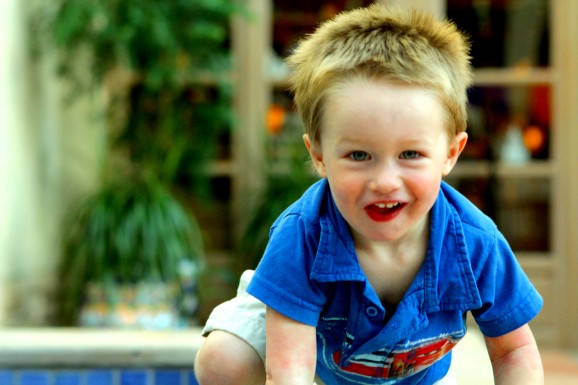 At the end off the day I decided to take Ida and Ana across a fifty foot very slow moving stream while Ann strapped Emmett into his car seat and drove over the bridge.  I thought it would be a little quicker than it was.  We had to hop from rock to rock.  It was kind of a maze to find the right path without getting wet.  By the end we were all a little wet, but right before the last big leap to the shore we found ourselves face to face with a very large hissing snake who had claimed ownership of a rock that we needed to maneuver over.   I quickly picked Ana up but as soon as she saw the snake she started crying at the top of her lungs.  Ida thought the snake was pretty cool but she kept her distance.  I yelled for Ann to come and help us and so she ran down to the water’s edge where I could kind of toss Ana and Ida to her and then jump myself.  It was good to be safe on the other side where we could watch our little slithery friend.

While finishing the night with some pizza and ice cream Ana said, “I’m so glad that we made it by that gary nake.” We all giggled a little. 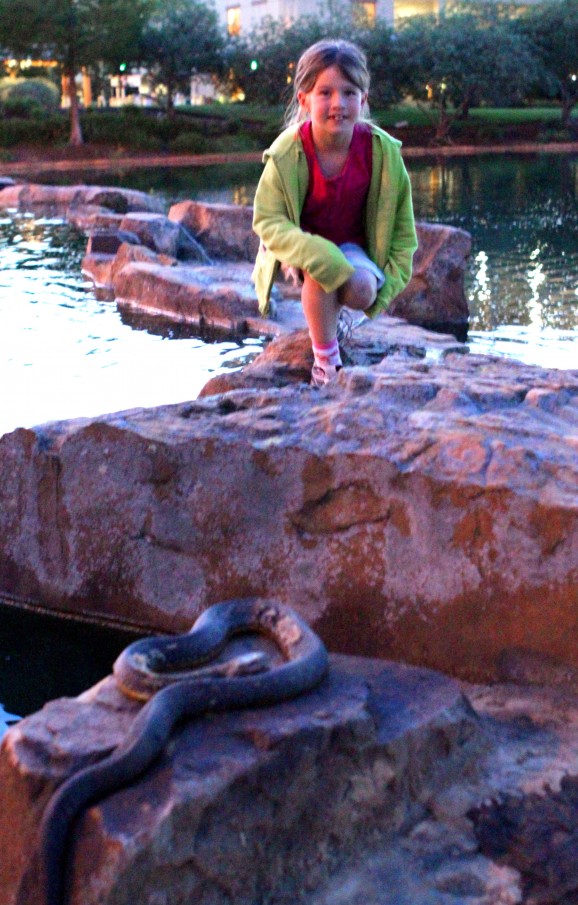