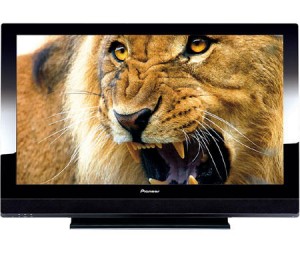 I can’t say that I hate television or I’d be lying. Actually, I love television. Give me a remote, four hundred channels, a few hours, and some popcorn, and I’d be right in hog heaven. And this is why I am so thankful that we are living without one. A good prime time show, Glen Beck, or a Discovery Channel special could easily entertain me for an entire evening. And what would I be left with? Not much. I mean, I am not a legalist so I don’t think I’d be sinning by relaxing in front of the boob tube for an hour a day and I don’t care if others unwind that way either.

It turns out that Americans watch four hours of TV on average per day. I doubt that anyone would think any less of me if I watched four hours of TV per day. Now what would you all think of me if I spent 21 and a half years watching TV for 12 hours a day? Well, believe it or not, when you add it all up, that’s how much TV the average American watches in their lifetime (you can check my math at the bottom). 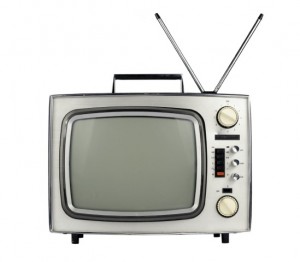 People often wonder how Ann and I do all that we do. When people ask I like to say, “We just stay busy doing what we love to do.” Even I wonder how we do it all sometimes. I admit we might be doing a little too much right now but I’m sure if we lost four hours a day each to the TV we would never be able to accomplish what we have. God has given Ann and I so many desires and none of them will ever be accomplished while watching Seinfeld (I just leaned over and asked Ann what people are watching lately and she said, “I have no idea. Should I Google it?”).

Over 99% of all Americans have at least one TV in their house. The average household has 2.24 TVs in it. I was surprised to learn that 66% of families watch TV while eating dinner. There is no debate about it – TV is the ultimate distraction to the life that we want. According to the latest marriage book that Ann and I are reading women need 15 hours of undivided conversation per week. How could I ever supply her needs if each of us watched anywhere near 28 hours of TV per week? The cost of HBO and cable is pennies compared to the loss of income and love life that we would have to sacrifice if we decided to get a TV. When we count the cost of our time we honestly can not afford one. I am no marriage expert but it’s obvious to me that our marriage would not be as good as it could be if I allowed a TV in the house. 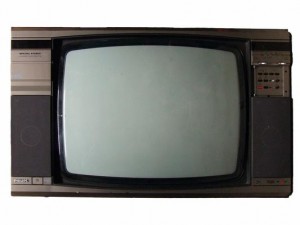 My brother Mike helped me to realize how much more time and money a family has when they don’t own a TV. My brother has been married for seven years, has three children, and has never owned a TV. His wife Edna sees not having a TV as a strong point in their marriage and family.

Lastly, I must admit that having a TV is not bad if you have the self-control to not watch 18 years of it in your lifetime. It’s not just TV either, I can get lost on YouTube just as easy. PBS documentaries online can be incredibly distracting to our love story. Some days when we were living in Dallas I wished that we had a TV in our little one room apartment but it would not have been the best thing for our marriage. Learning to live and love someone has been hard enough without a television set. So at least until we feel like we have a great marriage we will hold off on installing a boob tube. 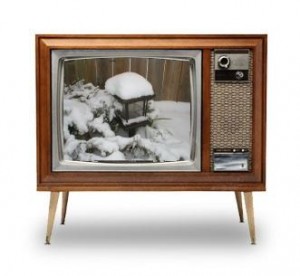