I just got my socks blown off…by a film. My brother had been telling me about Courageous for a couple weeks and I finally caved in took Ann on a date to the film. I was not expecting something this good!

Courageous is a film that powerfully articulates the power that a father has in the lives of his children. It has come at a pivotal time in history. I have come to realize that Ann and I have grown up in a fatherless generation. One in three children in America grow up without their biological father. A boy being raised in a father absent home drastically raises his likelihood of being poor; incarcerated; obese; a teen father; addicted to pornography, drugs or alcohol. It is no surprise to find that most absent fathers had absent fathers. These statistics and more can be found at http://www.fatherhood.org/media/consequences-of-father-absence-statistics#top. The importance of a father in the home is crucial to the family structure and to the entire society at large.

Every child needs a father. This was God’s design. Though we are born from our mother, God created the world in such a way that our identity would be passed down to us by our father. A man or woman without a strong father ends up in a crisis of identity. The father’s words have the power to bless or curse his offspring. The silence of an absent father leaves a hole in the child, and he or she will turn to anyone who can answer it. The number one characteristic in whether a high school girl is promiscuous or not is the relationship with her father. No high school girl just instinctively desires sex, but rather she desires the intimate validation that goes with it. Every woman wants to know “Am I lovely? Am I worth fighting for?” If her father has thoroughly answered this question she is not going to thirst for the validation of a disrespectful man. Girls who don’t have an answer to that core question discover a lot of pain and heart ache as they look to their boyfriend to answer it. And as for guys, it’s just common knowledge that gangs are mostly composed of boys who grew up without a father. Young boys want to know that they are powerful, fierce, and courageous. This can only be told to them by their father. If a boy is not validated by his dad, as a man he will turn to other sources to find that validation. A gang leader can speak words of affirmation and fill that hole that a man feels inside his heart; his identity is molded into the family of the gang.

A man without a father is crippled. I have met fifty year old men that are still longing to hear a few things from their dad. And even the best fathers have failed us somewhere. Unfortunately, many men don’t realize the significance of their role in the lives of their children. Courageous is a film that wakes up men into action. It calls fathers out of the lazy boy to answer the call of fighting for their sons and daughters. It awakes men to pursue masculine community and accountability. I’m not even a father yet and it woke me up. At the end of the film I was struck with the desire to live with more intentionality than I already do, and to pass on more to younger men in my life. Even though I am not a biological father, I can still father the young men that God puts in my path.

The film focused on the lives of five fathers, four of whom are police officers who literally fight to protect each other as they battle drug crime in their town. By banding together and turning to Christ they found the strength that they needed to be the courageous men that their families needed. I couldn’t help but smile as this film so perfectly advocated the kind of redemptive community that I have had for the past six years. I can’t think of another thing that has given me more strength and healing over the years than my Band of Brothers (the groomsmen in my wedding). I hope that other men catch the vision for this and begin to construct such fellowships. There is no doubt that men need someone to be accountable to, but this is not enough. They need other men who call them to action.

I highly recommend you seeing Courageous while it is still in theaters. These movies do not stay in the theater for very long so get out and see it while it’s out. Click here to learn more. 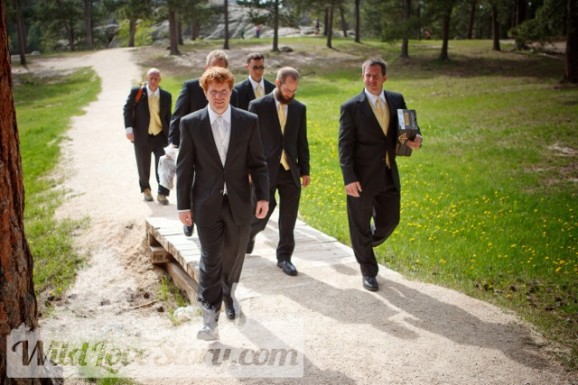 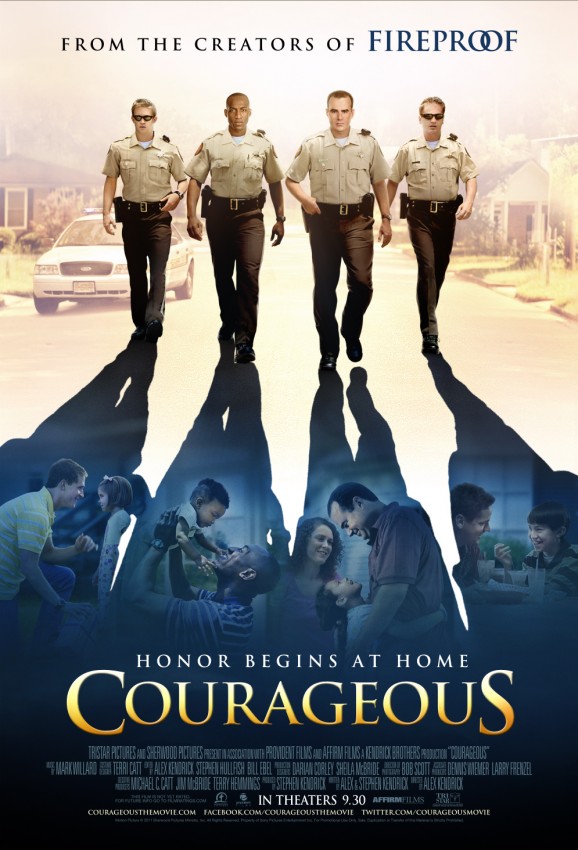