Why was there a Military Rifle at Joe and Ann’s Wedding? 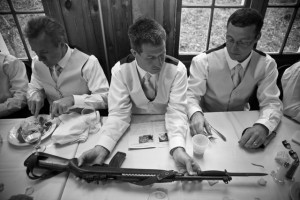 Years ago men used to have go through stages in their lives. When they turned into young men, the older respected men around them would pass on their approval through initiations. These young men would have to earn the right to become men. In our world today we have lost something vital in a young mans life. There are very few men these days that have learned how to be men. They learn it from TV, movies, and sports players or music icons. Sad to think that these are the people these poor kids have to emulate.

Over the last eight years we have learned that life is a battle and that we live in a world at war. It is not the war we first think of. It is a war of right and wrong, good versus evil. If you take a look at the world around us we can see it. Families falling apart because Mom and Dad just can’t get along. Men falling into affairs, pornography, alcohol, addictions to work, materialism ext. Men that are either violent or painfully passive. Are the men in your life strong leaders, fighting to keep their family together, teaching their sons to be men of honor, courageous, leaders that will stand up for what is right even if means they might loose their reputation or income? Or are they like most of the men I know just trying to get by, who’s only battle is the crab grass in the front lawn, and who turn tail from doing anything dangerous? Most of our social problems find their root in the fact that there are very few initiated honorable men. 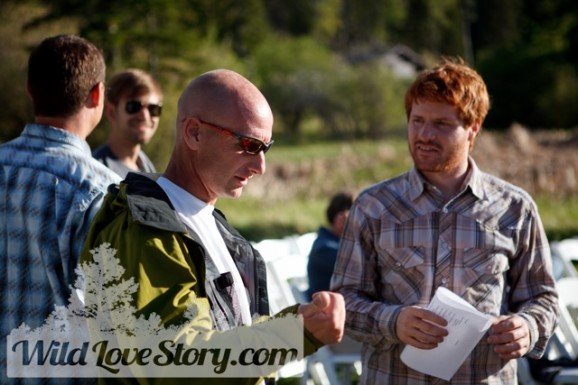 I have spent a lot of time with Joe and these men. We have met each week, some times for 4 or 5 hours in an evening. We listen to each others problem, difficulties at work, with our wives and kids, physical problem, life threatening diseases, surgeries, in other words life. We have laughed, cried, bled, even had fights together. Through all this we have prayed, read Gods word, learned to battle for each other in a war that is just as intense as any battle field. Joe and each of these men have sacrificed for me. They have driven miles just to pray for me. Sacrificed financially for the sake of my family. Joe has personally risked his life on a mountain to help me get off safely. Putting his life before mine.

When Joe asked us to be a part of his wedding with Ann I took great honor in this. Joe is closer to me than my own brothers and I wanted to speak into this man a as big a way as I could. When Mark told me he was going to give Joe an M1 rifle at the wedding and that he wanted me to be able to share in this I jumped at the opportunity. I personally have little experience with guns but I know what they are used for. They are used to protect the innocent, defend the week, and to destroy an enemy.

King Solomon was right when he said there is a time for for peace but unfortunately there is sometimes a time to kill. I think of WWII were the M1 rifle saw action. Millions of honorable men’s lives were lost. And until you see the photo’s of the Nazi death camps their sacrifice will seem vain. They fought and killed for what was right. Honorable courageous men put an end to Hitler’s atrocities. A weapon in the hands of a good men can liberate and protect.

Such a deadly powerful rifle should only be given to an initiated man, who knows who he is, and what is right and wrong. He must be a man who can comprehend his own strength and knows that lethal force is an absolute last resort only to be used to protect another persons life. Joe is that kind of a man and if more men like him carried a weapon we would all be better off.

Our war is not just physical and emotional it is also spiritual. First Peter tells us to arm ourselves against the evil one. He refers to our satanic enemy as a lion that devours all in his path. We are to live our lives like that lion is on our heals. If we run he will devour us. We must turn and fight. 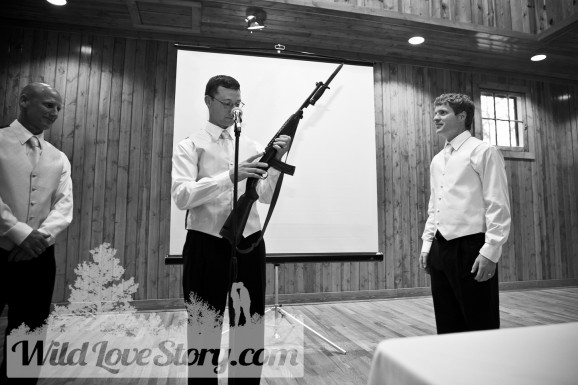 Even though just the presence of such a powerful weapon scared a few people at the wedding enough to make them leave early, this gun is mostly symbolic. It is more likely to be found in a military museum than on a shooting range. Joe will likely put it on his wall above his fire place if he ever settles down. I hope that someday he looks up at it and is reminded of the four men who believe in him. May it inspire his courage to fight well for Ann’s heart. May she become even more radiantly beautiful as he crushes her every fear and speaks life into her. It is my prayer that he will be the kind of man that is willing to die for her. Many men claim such passionate things in their vows but when push comes to shove they are still week cowardly men who cave at every opportunity to sacrifice themselves for others.

Mark, mark, Tom, and I are there for both Joe and Ann. When times are hard we will not only fiercely pray for them but we will battle along side them. When Joe strays from what is right, or does not put Ann first we will rebuke him and guide him back. We will give our best council to both of them so that they can lead lives that will change others. We are his brothers for life.

Joe and Ann, I love both of you more than you know. I do not want to see any harm come your way, but it will. Fight for your love for each other. Read Gods word together for the word of God is your sword. Remember we have a God that is for you, not against you. He put the two of you together and He will do great thing in your lives. 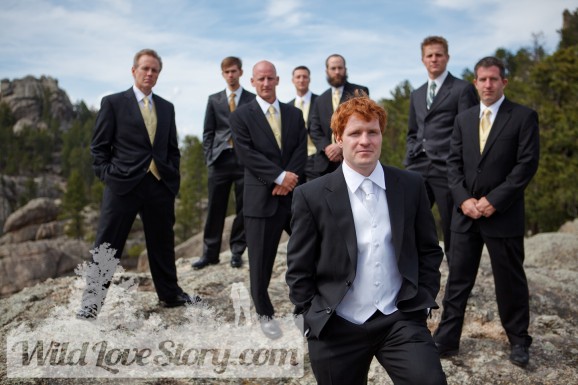