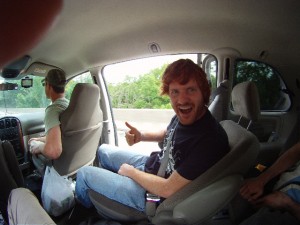 A few weeks ago my best man made breakfast plans with me. I was feeling overwhelmed with all that I had to do over the next two weeks before my wedding and a little depressed that I had not been able to climb or sky dive in way too long. Lately I felt chained to my computer. I accepted the invitation and saw it as an opportunity to just talk about the things that have been weighing me down. I wasn’t expecting too much because I know that Mark is in a season of his own.

As I was ordering a fruit cup, I noticed my buddy Tom take a seat on the other side of the small diner. He made eye contact with me and smiled and then I saw Peter, and and then the other Mark! “Four of the most important men in my life in one spot on a saturday morning this doesn’t happen by coincidence” I thought to myself. I immediately knew that they were up to something. They all came over and tried to play it off that our reunion wasn’t planned but it was obvious that they had something big in store for the day.

It started off with their words. Mark passed me an envelope and said: I’m proud of you. The letter captured me, even made me blush to think that another man thought so highly of me.

Here is the last paragraph of that letter:

I continue to see the Trinity watching you intently because of what they know about you. I see a man continuing on the journey having many experiences that will give the Father opportunities to develop your character. That character will desire God more and surrender to the requests of the Son. I see a man with humble confidence because he came before the Father in silence, broken by all the attempts of doing life on your own and repenting into abandonment to HIm. I see your love grow as it reflects the presence of God in you. And that love will invite your wife Ann to want to know God in the same way. And your children will find rest and strength in you both because of your oneness with the Trinity. I see you as a faithful beloved servant who follows HIs master into every challenge that life will bring. I see the Father preparing the Son and the Spirit to celebrate the life of the man who He knew would serve Him well. 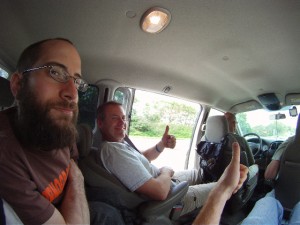 I will cherish the words that these men provided for me that morning. They did not meet me here to talk though, as soon as I finished the last grape in my bowl they said: “get in the van we are going on an adventure.” It was a long drive with me guessing what was in store for me. Their confidence was impressive. I could tell that they had a plan to one-up every sick, dangerous, epic adventure that we had been on yet, but I didn’t have a clue what it was. There was so much testosterone in there that we had to open the two side doors of the van while racing down the highway just to let a little out. We drove it that way for over an hour. This cooled me down, but my adrenaline was already pumping as I thought about what they had in store for me. 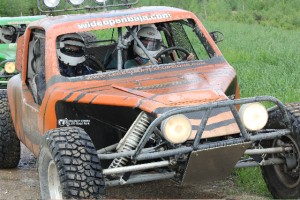 Was it climbing, paintball, whitewater rafting, cliff jumping, or four wheeling? I had no idea until I pulled in and saw the Baja cars. “Was I really going to get to tear around in an off road racing car?” I thought to myself. I was in shock. Even speechless. I have never done anything like this. As soon as we got there I was handed a waver to sign and initial that was as wordy as the declaration of independence. “This must be dangerous” I thought. Mark, leaned over and said “we’ve already paid for everything, including the insurance.” 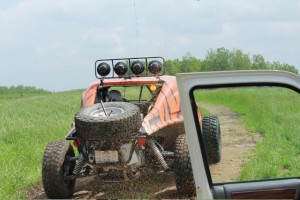 I felt like I was King Leonidas when I started up that $130,000, one hundred seventy horse power, custom Subaru engine! These cars have no utility purpose whatsoever. They are designed to power over large rocks, climb inclines so steep that you couldn’t even walk up, and drift through giant mud puddles at racing speeds. Not only that but the guys hired a professional race car driver to ride next to me and to instruct me on how to drive the car. This in all other circumstances means that the experience is going to be lamer than normal because the guy is going to tell me to slow down and be more gentle. Not the case at all. This guy was crazier than me. Way crazier than me when you consider that he was there to teach me to drive even harder and faster than I would have by myself. We men are constantly calling each other to take greater and greater risk. It is vitally important that men do this for each other, and my band of brothers had just done it for me. I was honestly a little scared, (but I would deny if you quoted me on that). 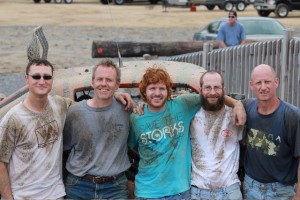 We had hours of racing time in three different cars. At first it felt like a dream, or maybe like I was doing something illegal. I mean never in my life have I been, not only given permission to drive like a wild man in somebody else’s monster car, but I was being encouraged to do so by a fellow maniac. My car went totally air born as I hit off road jumps at 60 miles per hour, I bulldozed over bushes that got in my way, flew off huge drop-offs, and soaked my instructor as I slid through giant mud puddles on the corners. Oh yea! And did I mention I crashed my car! Yup, drifted it right into a tree! Cracked the one piece fiberglass frame real good. I most likely wouldn’t have smashed it up if my co-pilot wasn’t pushing me to my absolute driving limits. It was my fault but I would have never hit that 90 degree turn with such speed without his encouragement. I’m just glad that I got the insurance and didn’t kill us. I can’t wait to hear what the total damage was, but I sure am glad I only have to worry about the deductible, a price well worth the experience. I honestly can’t think of anything more empowering than being able to be in the company of such dangerous men each in charge of that much torque; encouraging me to get my car in high gear. I felt like a man.

When I was scrubbing my arms, trying to get the dried mud off in the bathroom before lunch I felt the urge to check because I thought my balls might have grown in diameter. They sure had. It was a right of passage. The men in my life had successfully battled for my identity. They are right “I am a Spartan warrior.” I feel ready to storm the tower, kill the dragon, slit the throat of the sorcerer and rescue my bride next week. 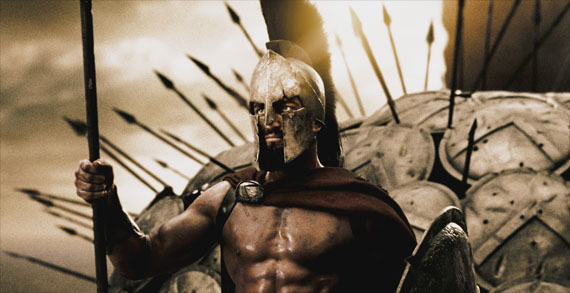